The Here We Are show opened at Little Ox Gallery on Friday, 28th February and I thought you would like a little peek!

Due to a technical hitch, my piece didn’t make up for the  opening, so I popped in on Saturday for a look around and a chance to take some photos. 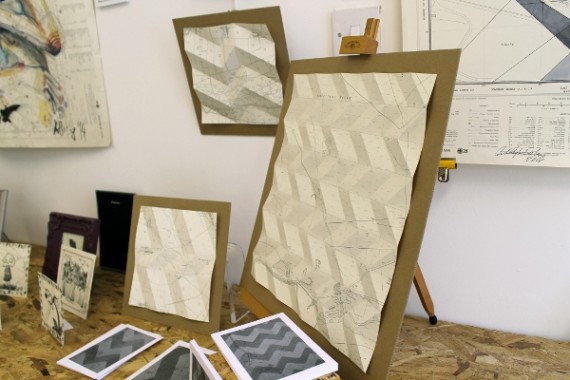 Derek, the owner of the gallery, said that he had expected about half of the people who had collected maps to bring back finished pieces, but in the end everyone who took a map made a piece! 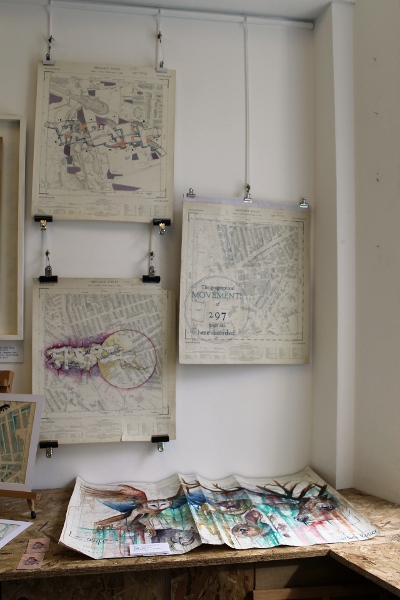 There was a definite split between pieces that interacted directly with the map and those that were more obliquely connected. Overall, I prefer art with a meaning I can parse with the information I have to hand, so I was drawn to those which seemed the most map-y. I haven’t photographed everything or even all of my favourites, so if you’re nearby do pop in for a look! 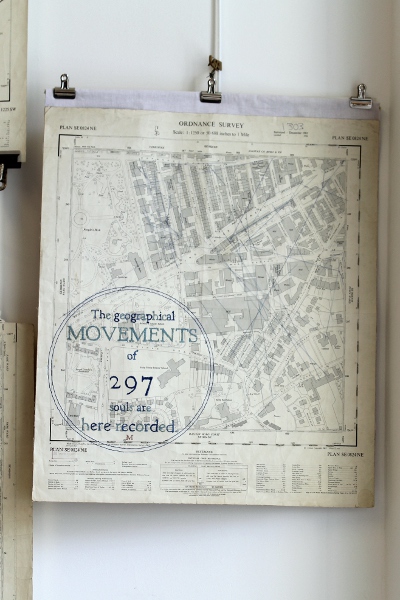 My piece, ‘Blue Plaques – 297 unremarkable lives’ drew heavily on the Malcolm Bull’s Calderdale Companion; an amazing website which catalogues a vast quanitity of historical data from a variety of sources. I literally worked my way down one street and up the next, finding births, marriages, scandals, bankruptcies and murders along the way.

I traced the removals of families, businesses and schools and kept track of the number of people directly affected (as best I could guess if there wasn’t concrete information). The text mimics the Blue Plaques erected in London and other British cities to commemorate famous residents and their deeds. In a further nod to the industries of the area, 297 steel beads were stitched into the distance markings around the edge of the map. You can see more detailed photos of the work in progress in this post and this one. 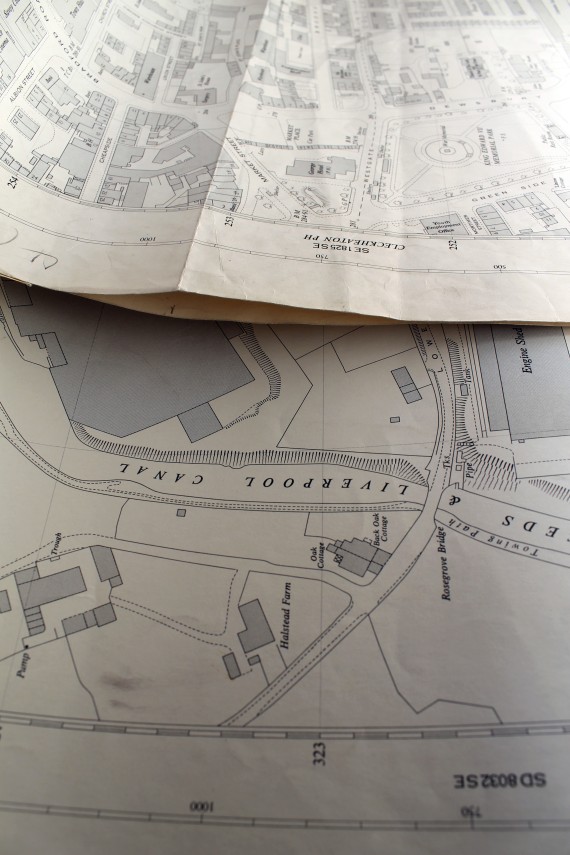 I have two unused maps which I’d like to send out into the world and see what you can create. If you’d like to have a chance to win one, leave me a comment with your very first idea about what you’d like to use them for (painting, origami, headgear, anything) and I’ll draw two winners at random on Monday 17th March. When you’ve finished your project (even if it bears no resemblance to what you originally thought you would do), I’d love to post a photo of it.