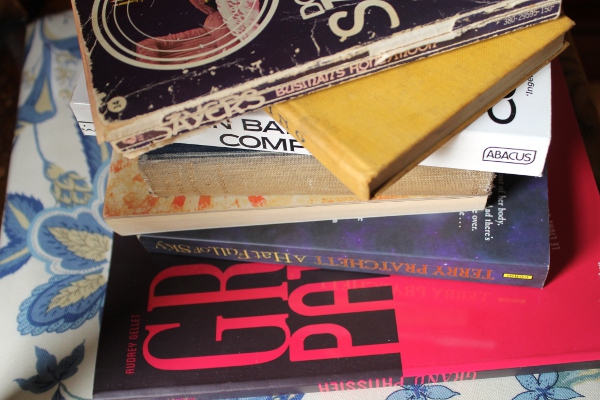 As you may remember, Google Reader departed this  Earth 1 July, 2013, so like a teenager whose first proto-relationship has ended when someone leaves home, I set out to find a replacement.

At the time I was unaware that this search would take me seven months and quite a bit of tears and swearing.

Because my love life has always been rather straightforward, I thought you’d like to hear the trials and tribulations of my feed reader dating adventures instead.

Feedly – First up was the one everyone said was made for me. Feedly is attractively presented (if a little more trendy than I might ordinarily go for), has great hair and even seemed to get on with my collection of blogs.

Soon, however, it became apparent that there might be some communication issues. Feedly expected me to memorise an obtuse collection of swipes, wipes and keyboard shortcuts in order to see everything in my reader. If I got things wrong, there would be a huffy ‘Are you sure?’ and then a slightly over-dramatic removal of all the unread posts. Sometimes these posts would reappear months later, but you just never knew.

I stayed longer than I should, I can see that now, but I really thought we could make it work.

Digg – Rather rugged in an ordinarily attractive sort of a way. Seemed friendly enough, tried to be interested in the things I was interested in, but lost interest about halfway through.

Insisted, rather oddly, that every date should start with a bunch of people I’d never heard of coming along and telling me about their lives, even if I specifically requested that I’d just like it to be about the two of us.

Newsvibe – Achingly hip and minimalist, perhaps with a touch of the Northern Quarter? The sort who would carry around a selection of gadgets with no visible means of operation and let you borrow them just to be able to point out how they ought to be used.

On the whole we got on well, but everything had to be just a little too elegant and complicated. For instance, in one astonishingly infuriating quirk the scroll button can only be revealed while the mouse is not hovering over the space soon to occupied by the scroll bar. A bit like Whack-a-Mole crossed with trying to get into a club so hip it doesn’t yet exist. It was never going to last.

Finally, and out of desperation, I tried the dreadfully named Bloglovin. To be honest, this one feels less like a date and more like saying ‘To Hell with romance, let’s just stay home and watch films and eat embarrassing amounts of popcorn.’

I’m not expected to be cool enough to understand symbols or swipes (the buttons have proper words on them), if I want to see some posts but I’m not feeling social enough to see them all, that’s ok. I can even let Bloglovin (…shudder) tell my mates about my new blog posts via Twitter.

Now that I’ve found a feed reader that I can just be friends with I have plenty more headspace for getting on with the important things of life, like worrying whether I’m supporting my local greengrocer and the Farmer’s Market equally, or composing stinging diatribes against whatever foolishness comes out of people in government on Radio 4.

If it all goes wrong, I promise I’ll tell you all about it while snivelling into a tub of chocolate ice cream.