I’ve got a guest post on Random Acts of Amy called Backside of the Hoop.

Backside of the Hoop – Random Acts of Amy

Amy interviews stitchers and asks them some rather thought-provoking questions about their processes and inspirations. I had a great time writing the post and I hope you enjoy reading it!

Remember the very helpful guest post from Emma at The Gift Shed about organising your life? Well, it was only fair to write her one in return, and now you can read my efforts. 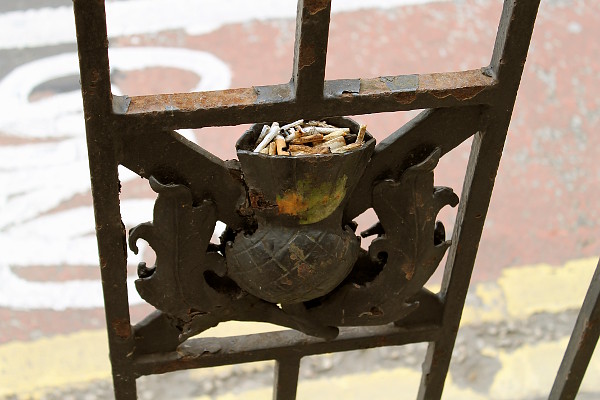 Just click here, and don’t forget to have a browse through the rest of Emma’s blog or fill your paper-y needs at her shop!

If you have been following this blog for any length of time, you’ll know that Emma at The Gift Shed is a regular provider of notebooks, link-er to interesting articles and commenter. In addition to her paper-wizardry, Emma also runs a gardening business, and when I found myself particularly swamped running Misericordia and Killer Pilates, I asked Emma for some advice.

She very kindly sent me a very useful email and then followed it up with a guest blog post with lots of lovely tips for people running too many businesses or who are just looking for better organisational living.

I’ve popped in a few photos here and there, but I’ll hand you over to Emma for the really useful stuff:

Back in October (yes, October) Katy asked me if I had any advice on running two businesses without losing my mind. Apparently my advice was helpful because she then asked me if I’d write a guest post about it.

Life got a bit hectic here (new dog, major building work to our house…) and I clean forgot about it until she reminded me at the end of March. So here we are, almost at the end of April, and I’m finally getting around to putting some advice down on paper. I’ll be honest, I’d have forgotten again (because it wasn’t on my list – this is very important) if another friend hadn’t asked me for some time management tips.

Truth be told I’m not naturally an organised person. My default state is to gently drift through life, littering my path with things that I’ve not got round to tidying away. However I learned very early on that this was no way to live, and certainly no way to run a business (let alone two), so I made changes to the way that I think.

That’s all it is really, altering the way you approach things. The friend who recently asked for time management advice said “It’s anathema to me. Always has been but getting pissed off with being caught out by it! Giving myself a hard time and still getting nothing done!”

So this article is more focused on time management in general than aimed specifically at running two businesses successfully, but the two go very much hand in hand.

Let’s leap straight in with a list of key points, which are here in no particular order.

I’m trying to think of other examples which might be helpful, but actually I’m struggling because the way you manage your own time is very personal. If you’re really struggling to think where you could save time then make a list (ha!) for a few days detailing what exactly it is you do. List everything, no matter how insignificant you think it is, then look back at the list at the end of the day and see if there are things you could have combined in order to free up time.

My life since November has been very different as we now have a dog, and thus my usual habits are having to be adjusted to accommodate his needs as well as mine. It’s working out well though, and we’re just about into a regular routine. I also had two months when it was almost impossible to do because major work was taking place in my house and half my things were in storage, but I just accepted that and thought of it as a two month hiatus. I spent a lot of that time thinking of ideas and planning projects for later this year (and when I did manage to get some work done in my studio I considered it a happy bonus!). If I had worried about getting lots done while the builders were here then I’d have driven myself mad with stress, but being realistic about it made the whole thing much easier.

So there you have it, my tips for coping when you’ve got too much on your plate. Not the most well-written thing I’ve ever produced, but I’ve really found it quite difficult to put onto paper that which I do on autopilot. I hope you’ll find it useful.

Thanks Emma! Let me know how to get on with these, I’m trying to embrace batch cooking (The aftermath of my Week 1 attempt being shown above – along with the pride of my heart, my chip paper spoon rest) and being realistic. If you have any other useful tips we’d love to have them in the comments!

I recently wrote a guest post for Fred Aldous, so I thought I’d introduce you to one of my favourite art shops!

Fred Aldous has been trading in Manchester since 1886, and while fashions in beards come and go, they have steadily supplied a truly astonishing range of art supplies. Time was when the Lovely Young Man wasn’t so keen on letting me go in unattended for fear I would spend all of the beer and cereal money on exciting sketchbooks.

In addition to selling some of my very useful supplies, such as hoops, mini canvases and Leuchtturm notebooks they have studio spaces where you can try your hand at laser cutting, borrow a photo studio or try their photo booth out!

If you’re not local, they’ve got a great online shop (but I can definitely recommend poking around in the shop if you get a chance, you can tell how serious your art supply addiction is by how far down the various sets of stairs you wander.)

My name is Katy Bromberg and I create hand embroidered text art in Edinburgh as Misericordia. 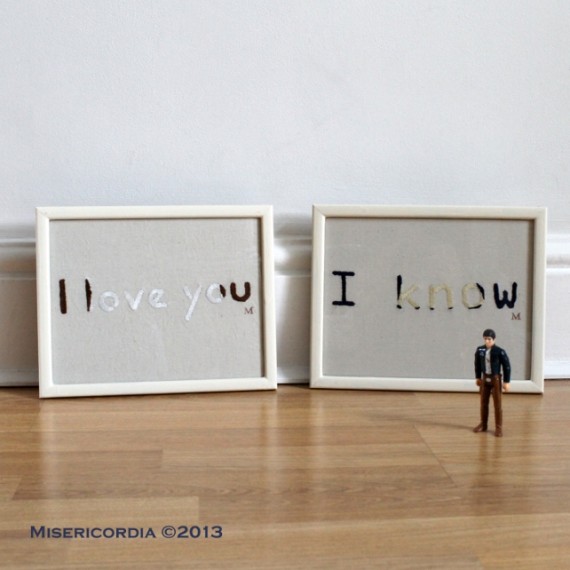 I am very interested in the interplay between text and context; or what our experiences bring to our interpretation of a word or phrase. Particularly since communication is veering away from text which is shaped by our hands or voices, I want to explore the additional meanings that can be brought to mechanically produced words by font and colour. 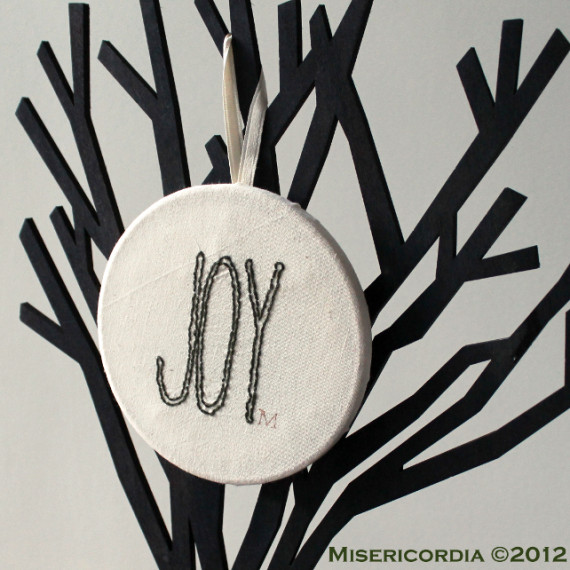 I have chosen to present my work as framed pieces rather than, for instance, cushions or other housewares because I want my work to give text a value that is not utilitarian. There is so much text washing over us these days that I wanted to allow words to have the space to linger in the mind and on the tongue. The hoops and mini canvases from Fred Aldous give me a way to make less formal pieces while still giving each word or letter an iconic status. 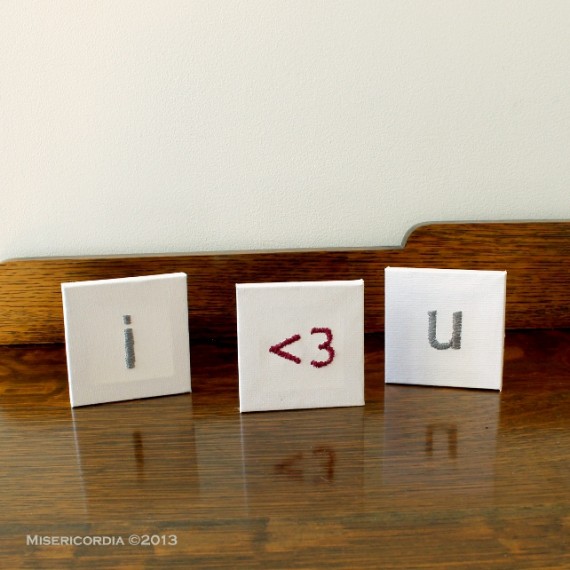 I use hand embroidery for the same reason, it brings an analogue finish to what is essentially a digital form of communication. Working by hand also gives me time with each piece. Sometimes I feel like I am being guided by the piece more than being in charge of its creation. This lion had some very particular ideas about how he was going to present himself! 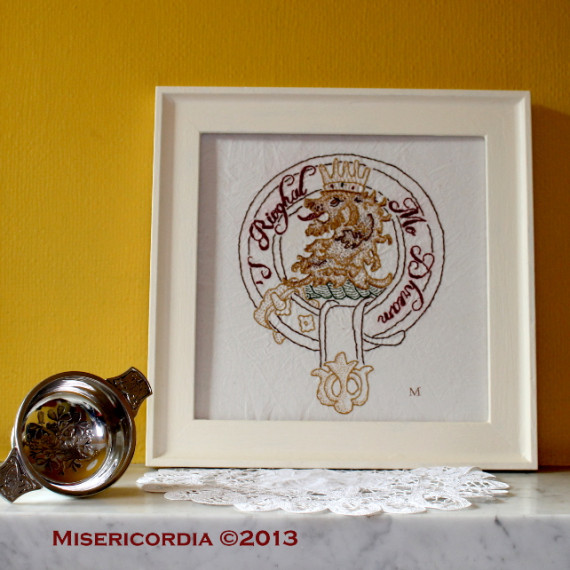 Even in my commissioned work, I can sometimes send subtle messages while still giving the customer control over their piece. For instance, I used the colours of the Suffragette movement in this baby’s name piece in the hopes that it would inspire courage and dedication to good causes. 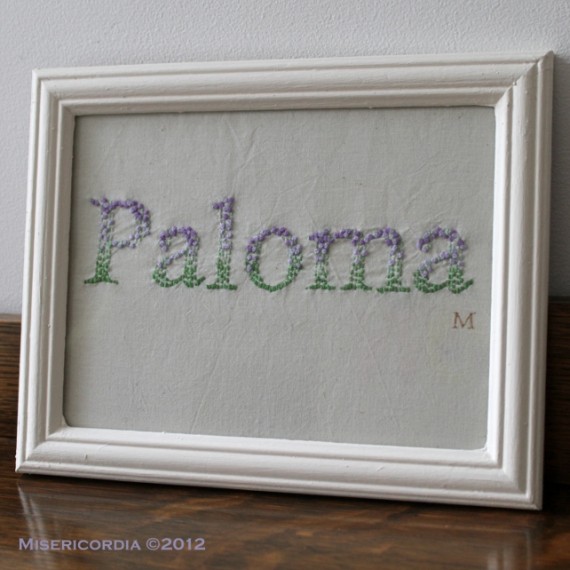 Earlier this year, I had an exhibition at Trove in Levenshulme, Manchester. The work explored the relationship between food and other human appetites – love and money. The Staff of Life used fabric I had designed around the idea of endless consumption with fonts and colours inspired by currency. 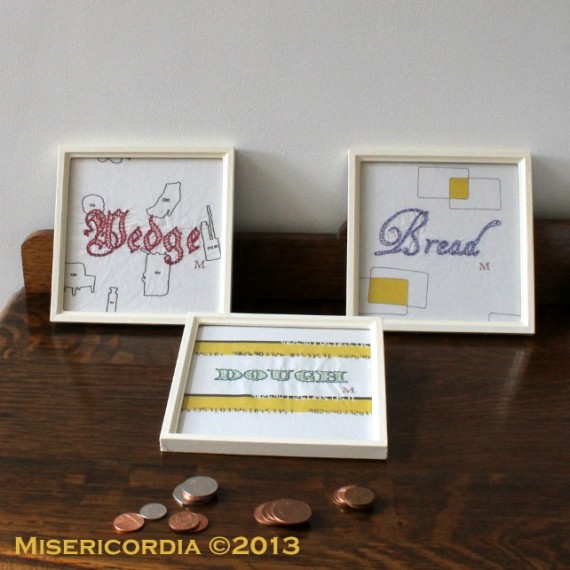 Sweet Nothings demonstrated just how monochrome our favourite terms of endearments are.

Sometimes, it’s all about the font. Inspired by a friend’s love of mid-century modern, I decided to make a hipster sampler. 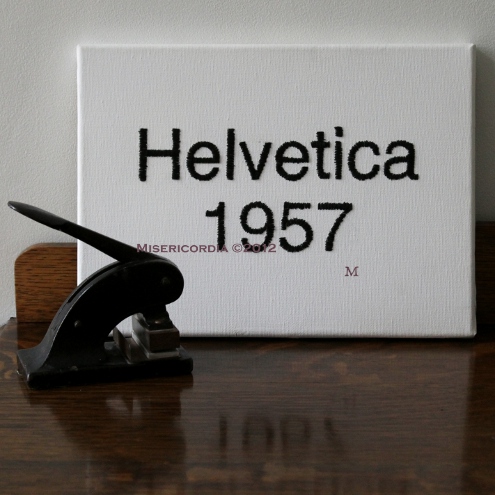 …and no discussion of the most perfect font can be complete without its antithesis – Comic Sans. (One to annoy the graphic designers.)

I’m always looking for new ways to encourage people to think about their words, I’d love to hear what you have to say! 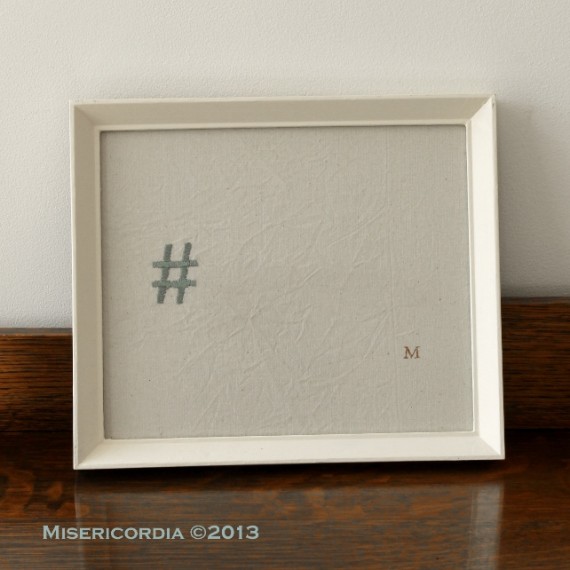 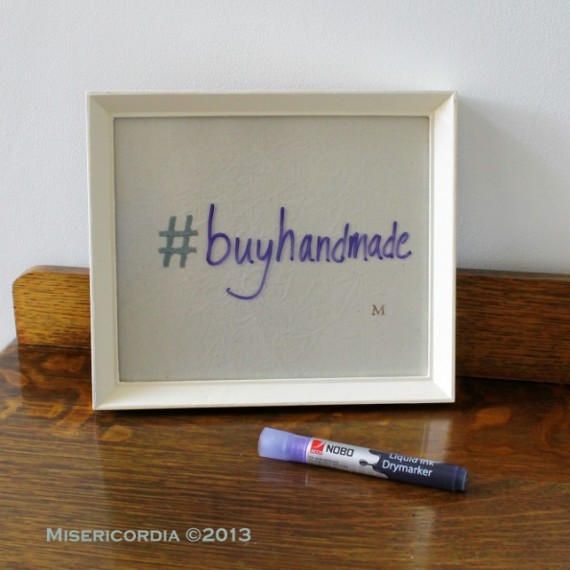