This piece has been a year in the making. 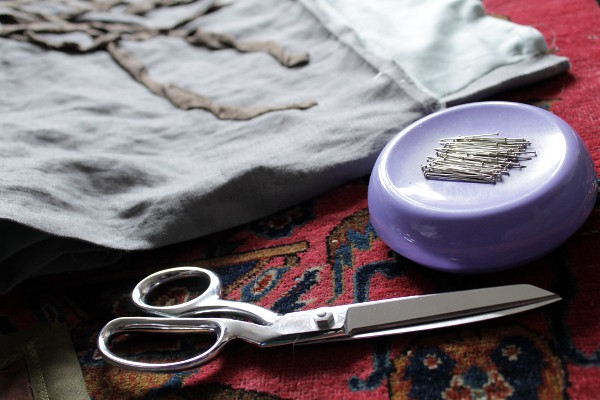 It will form part of the ark furnishings for the Liberal Jewish community in Edinburgh. This includes a curtain for the ark, a mantle for the Torah scrolls and a tablecloth to be put under the Torah scrolls when they’re out of the ark. This is the everyday set, there will also be a set for the High Holy Days.

I unveiled a preview of the curtain in September, but I wasn’t happy with the lack of detail, so I took it back and worked on it some more. 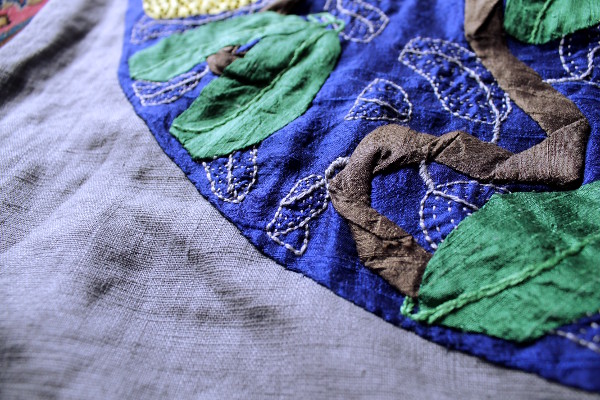 Having held onto it for so long, I’m a little apprehensive about letting it out into the wide world for good. 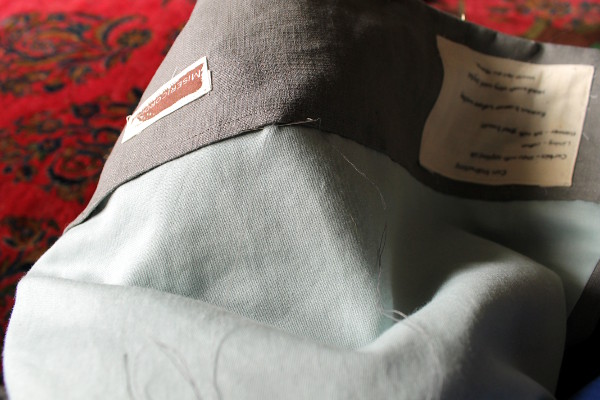 Part of my apprehension comes from the fact that this is the first of six pieces, three of which have to maintain some sort of consistent style over what is likely to be a fairly significant period of time. 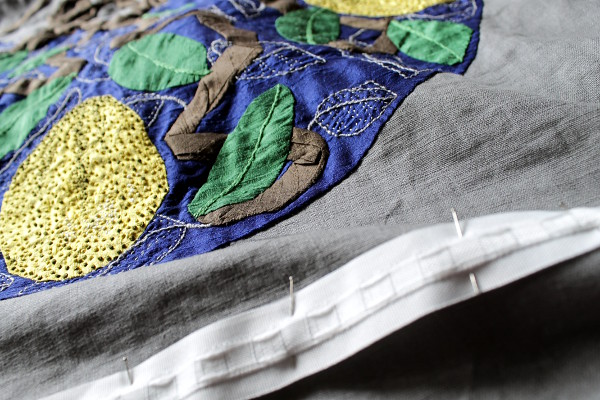 However at the moment, I’m pretty happy with it. There’s a point in quilting where a piece ceases to be the sum of it’s pieced parts and becomes a quilt. I got a little frisson of that yesterday when I put the lining into the curtain. All of a sudden it was more finished than unfinished, and it gave me a definite push towards the last few stitches. 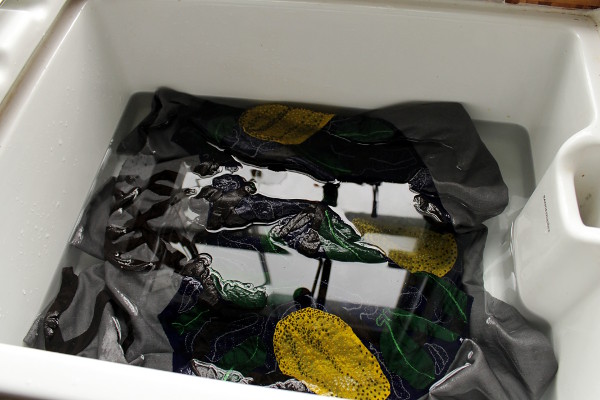 After a year of moving through my hands, I thought it needed a wash (plus there was the water-soluble glue I experimented with), but there was a little fear as the blue silk was still a bit runny.

But the pre-wash fairies were on my side, and it all came out unscathed. 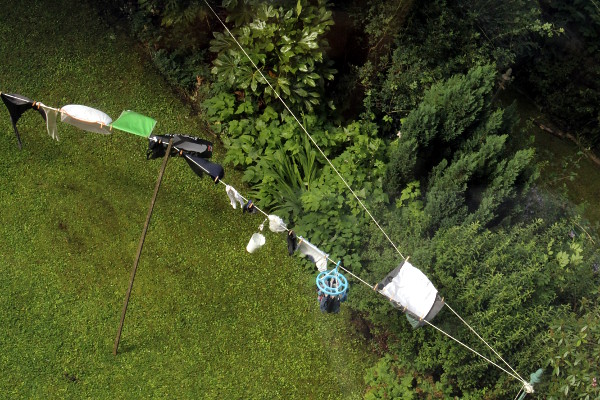 I even got a little sunshine to dry it in. Being a particularly paranoid person, I popped a towel over it on the line, just in case of bird strike or (more likely) a little rain.

I’m afraid that due to a hungry baby and other delays this is a two part post. I’ll unveil the final piece next week, but you can see the evolution of the design in previous posts. 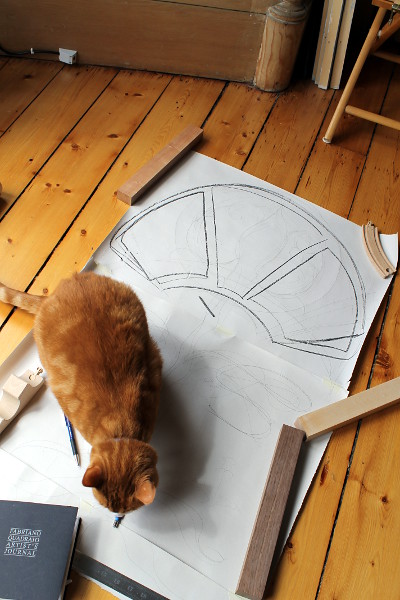 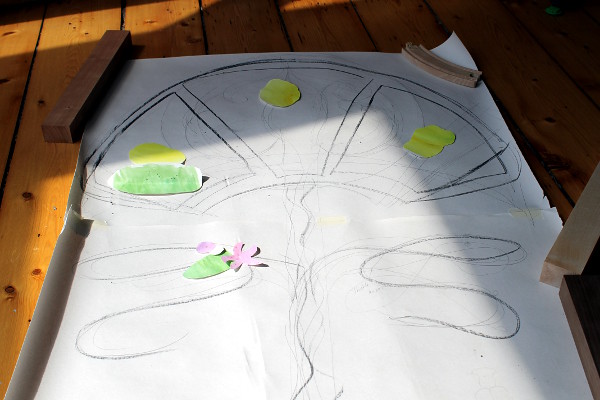 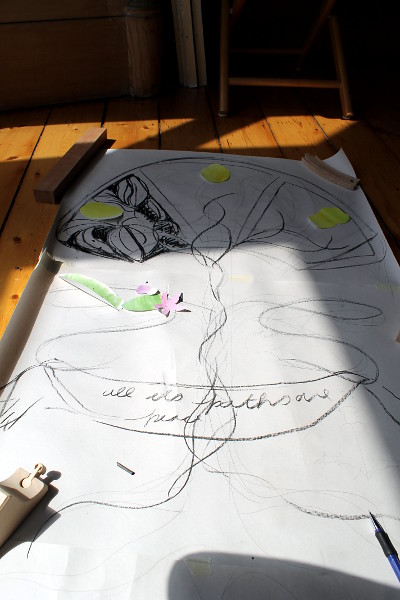 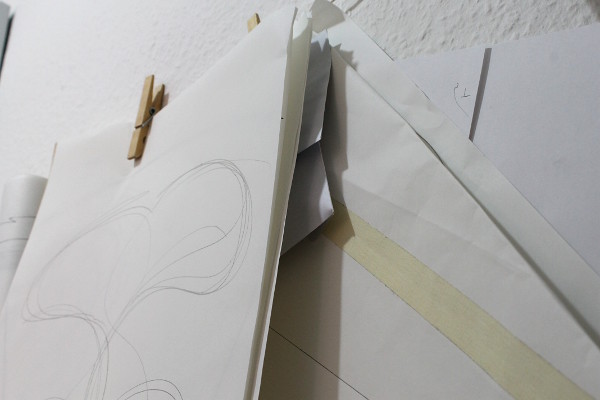 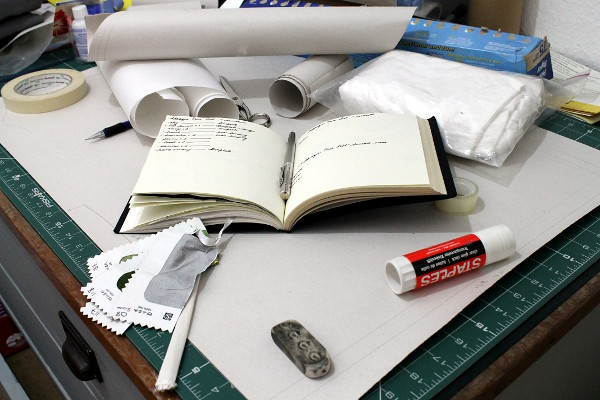 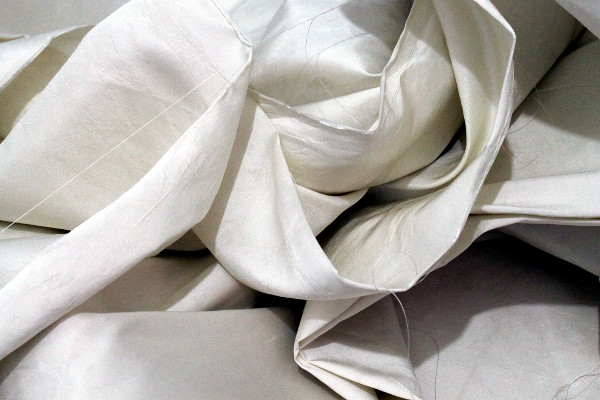 I’m in the midst of designing and making two complete sets of Torah appurtenances – Torah mantle, ark curtain and bimah cover. As usual with these things, there is a rather pressing deadline so I’m in a bit of a scramble to get things ready before we go on holiday (where I am, hopefully stitching away happily, as you read this). 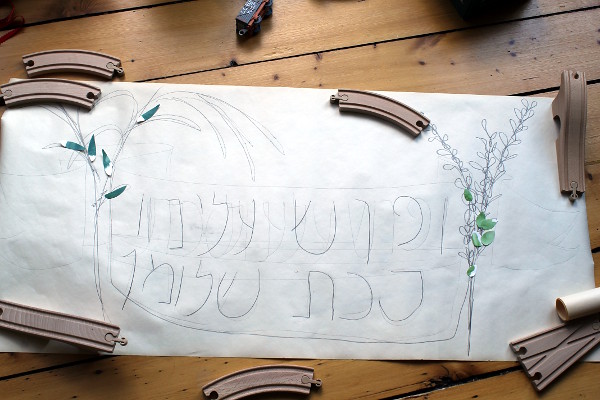 I thought it might be nice to see what it looks like when I work on a larger scale – I’ve got used to being able to work on a nice civilised kitchen-table scale, but this time I’ve got rolls of paper everywhere and I’ve commandeered the train sidings, much to the disapproval of the station manager.

I’m sure I’ll be writing more about it, but for now, here is the first installment of the photo diary. 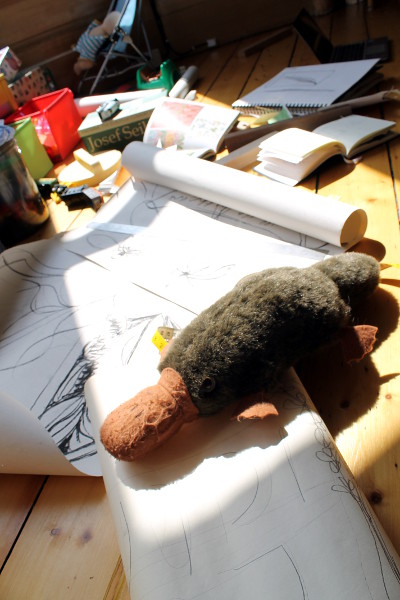 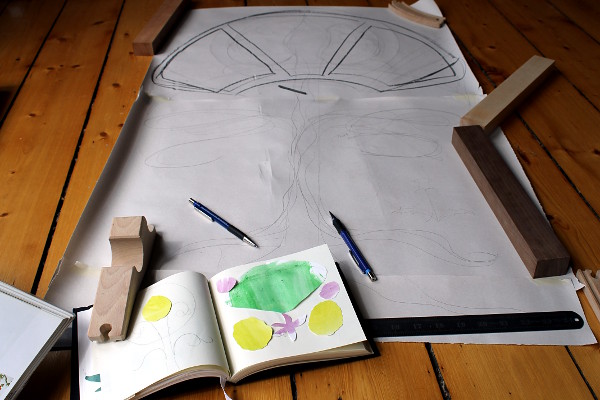