Well, this is quite exciting, Dragon has a proto-quilt!

I always joked that I couldn’t have another child until I finished Dragon’s quilt and, as I type this that’s sort of true (but I’ve scheduled this to post about 10 days after I’m writing it).

My mum was due to arrive on a Saturday morning, and since I’d need to use the spare room/dining room to lay out the quilt ready to baste it, I planned a whole Friday to spend on it. 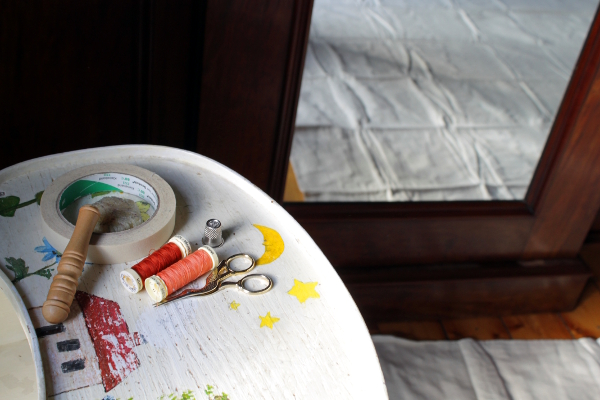 I thought I’d experiment with starching the top and back before I basted them, especially because there’s an awful lot of linen blend in there, so a little glide between the layers was going to be a good thing.

I’ve been using this tutorial from Oh Fransson! recently, where you lay out the wadding and the top, roll them up, and then lay them out on the backing. 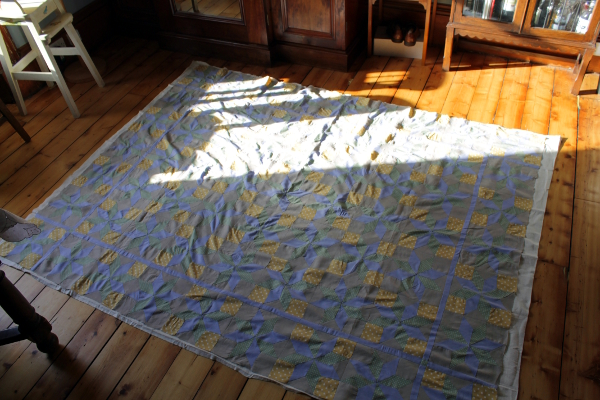 All was going well for the first part, but the quilt top was a little bigger than I remembered. So I duly rolled it up and spread out the back, ready to tape to the floor. 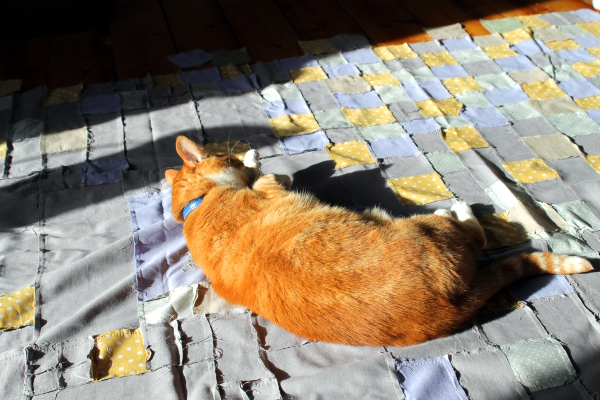 If you have a cat, you’ll know that there is a point where the cat will come in, roll around on your project and generally require you to take a very deep breath before you do something you regret.

That was only a precursor to the realisation that the back of the quilt was smaller than the front, and that I didn’t have enough of the gray linen to just cut two long pieces to go at the top and side. 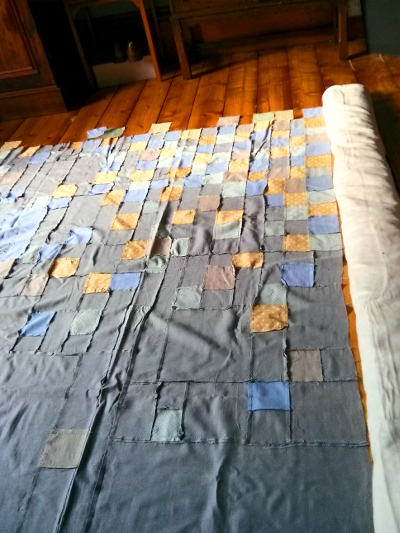 Six and a half hours of hand piecing later, I had extended the back sufficiently to lay out the top again.

Problem Number 2 then reared its head: How do I centre the top onto the pieced back so that when you turn it over, the binding and the seams of the squares run parallel? I fussed and fretted over this all of Friday evening, until I realised this – No one is the boss of me. Just because I have found someone’s technique useful in the past, doesn’t mean that I always have to use it.

Because the back is more detailed at the bottom left and fades to monochrome at the top right, I could line up the top and back edges at one corner and allow it to go where it pleased as I moved diagonally across. 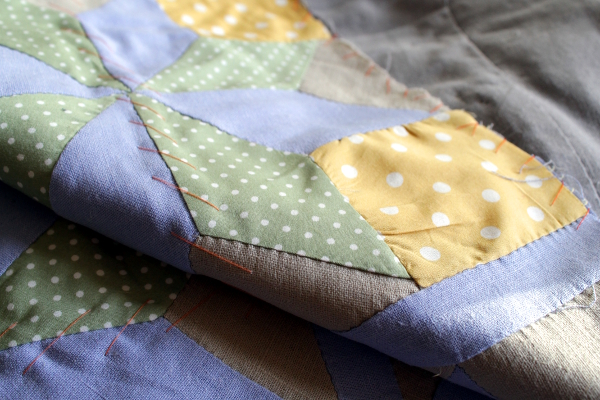 Once I whip stitched the edges on two sides, I set off with another new method of basting, pad stitching, taken from tailoring, but quite effective and surprisingly quick for basting (some of that may have happened at 4am when I couldn’t sleep). 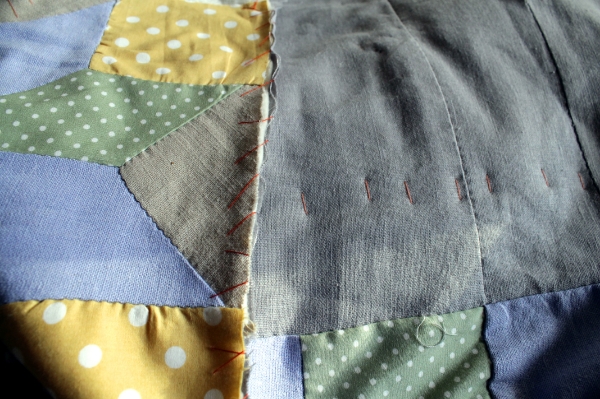 Overall, I’m quite pleased with how it came out. I appreciate there’s a significant amount of hand quilting to do still, but at least it’s ready to pick up and start.

I’m also glad I remembered who is in charge in this making lark (me, in case I need to check back later on), and discovered the pad stitch method of basting.