While I do have another 76 new myrtle leaves that I could show you, I thought for a change, we could have something different.

Two of our favourite members of staff at Dragon and Little Lion’s nursery are moving on to other things. We decided to make them  a little something to say thank you for all their care and patience over the years.

I spent the first six months or so of Little Lion’s nursery career popping in to feed her on my way to work, and had lots of time to chat about the joys and trials of our kids with E. As befits a young lady with very strong opinions, I thought a rather Tudor colour scheme and regal font would suit her daughter. 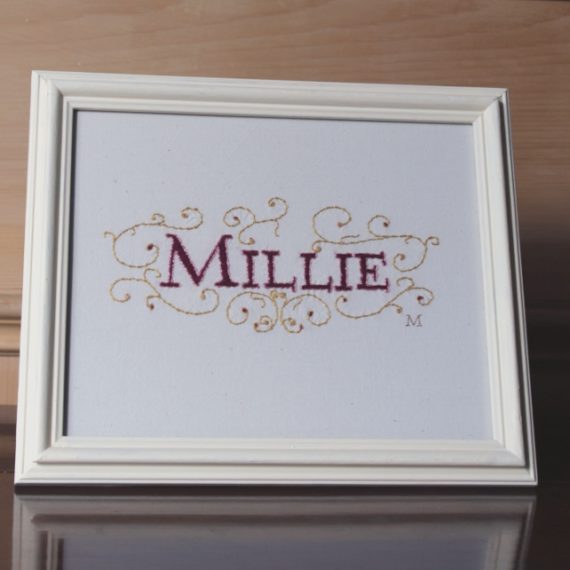 L was one of Dragon’s favourites, she shared his love of Star Wars and general sillyness. He spent years pulling on the neck of his t-shirts and stretching them out of shape, and it was only recently that we realised that he was trying to copy an off-the-shoulder top that she wore (which led into a useful discussion about what sort of necklines would be best for that sort of thing), and he still pops into nursery for a chat with her.

She’s off to start a university course, so we decided to make her something inspirational for when the studying gets a bit dreary.

It was a bit of an emotional handover, but I was really glad that we were able to give them something to remember us by.

Next week it will be straight back to the leaf updates.