I spend a lot of time in my other job trying to encourage people to listen to their bodies and be guided by the frankly astounding levels of engineering and design which have gone into the system that allows them to move, reason and sit on the sofa watching YouTube videos of cats falling off windowsills.

Sometimes this applies to me as well. We officially moved into our new old flat on Friday, Dragon woke us up on Sunday morning by being sick (by the way, what maternal instinct compels me to put out my hand at that point?) and the rest of the week was punctuated by frantic unpacking to allow the removals company to take their boxes back, frantic reshuffling to allow the broadband people to connect us to the outside world and the emotionally fraught task of trying to decide on categories to organise the CD rack by (do we need Folk Rock and Indie Folk? Yes).

By Wednesday evening it was pretty obvious that I was about to crash and on Thursday I managed to out-sleep the cat.

Hopefully things are getting on to a more even keel, but there’s still a lot of this going on. 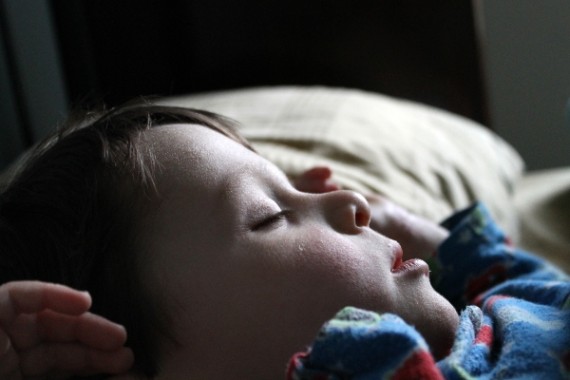 Categories: Around the House