I have a bit of a starting problem when it comes to craft projects, I love planning – I’m pretty good at starting and I’m dreadful at finishing things!

I’ve found that the embroideries have helped a lot, they give me the thrill of planning and starting and have conveniently strict deadlines for finishing.

The only other problem is that it’s hard to feel like I’m relaxing from embroidery by doing hand sewing. So Dragon’s quilt isn’t going very quickly, but I’ve been doing some knitting instead.

The first two were blankets for twins which took me about nine months to make (quite a nice symmetry to that), and were rather bigger than I expected (see previous parenthetical statement). 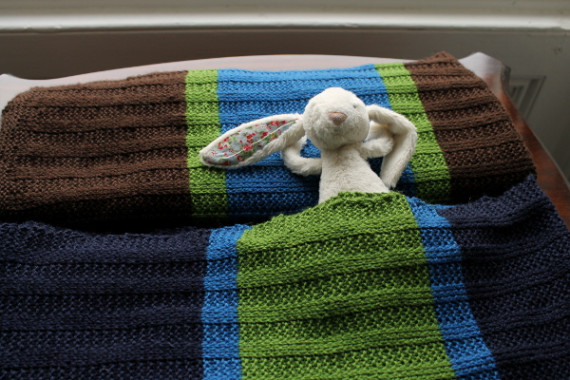 I started another, rather bigger knitting project recently, but I’ll tell you more about that soon!